Tim Grimm’s new album, The Little In-Between, is an evocative artistic evolution from his previous albums. For most of Tim’s 25-year music career as a storytelling balladeer in the tradition of John Prine, Woody Guthrie, and Bob Dylan, he has written primarily about family, community, history, and social issues, often framed by his strong sense of place and his many years on the rural family farm he built in his home state of Indiana.

In The Little In-Between, Tim starts with reflections on the farm and his history on the land he loves, but the album moves quickly from external geography to a more internal landscape. To illuminate this journey, Tim uses a first-person narrative in every song, laying the words bare and giving listeners access to a deep inner territory which usually remains more submerged in his songwriting. My last album, written in the middle of the covid pandemic, was much more social-political, much more about the world. But this one is intensely personal. I’m a fairly private person, and I think of myself as an observer. I’ve previously shied away from writing albums too much directly about me – but this one couldn’t be avoided.

It’s appropriate, then, that The Little In-Between is Tim’s first album not recorded in Indiana and with an all new cast of musicians.  All nine songs on this album were written in Oklahoma over three months in the fall / winter of 2021. This album came pretty fast – it just sort of fell out of me, and it was my job simply to try to capture the words and the images. To do this, Tim – who always writes by hand before he types his lyrics – found himself jotting lines on receipts, gum wrappers, and other found scraps of paper as fast as the words came to him. He wrote in his car on drives between Indiana and Oklahoma, he wrote in his little home studio in Norman, OK at the desk that belonged to his grandfather – sometimes he even found himself writing at the kitchen counter as dinner was being made.

This fertile creative time also yielded a foray into visual art, with Tim using charcoal and soft pastels to create a series of striking, folk-art style triptychs that matched the songs he was writing – pieces of which now form the artwork on the album cover and booklet. I’ve maybe never had a period in which I’ve created so much varied art in such a short period of time. But when the muse appears, you have to follow it – even if it’s 3AM and there are still dishes in the sink.

Once he’d written the songs, Tim went into a small studio called Breathing Rhythm in Norman and recorded solo vocals and guitar for all nine songs in one day with Steve Boaz, a sound engineer he’d never met – making this the first album on which we hear only Tim’s voice, with no harmony layered in. The result is a raw, spare, spontaneous sound that reflects the emotional journey he was undertaking at the time. Tim later added some additional layers of atmospheric soundscape to several tracks- at Castlesound in Edinburgh, Scotland with the remarkable Scottish cellist Alice Allen, and at The Kitchen Sink studios in Santa Fe with highly respected guitar grafter and sought after side man Sergio Webb, who connoisseurs will recognize as David Olney’s loyal musical side kick.

This series of songs is a search for peace, a meditation on loss and grief, and ultimately also an expression of love. The arc of the album traces Tim’s literal journey from the hills of Southern Indiana to the Oklahoma prairie, and also his internal journey from a rich past toward an unexpected future, focusing on the heart-breaking, heart-making space … in-between.

One of the leading Folk and Americana exponents …..a multi-talented artist. (Americana-uk.com)

After college (Earlham), Tim Grimm pursed an MFA in Theatre at The University of Michigan and from there worked in Regional Theatre, settling in Chicago. In Chicago, in addition to his theatre work, he studied briefly at the Old Town School of Folk Music and began writing songs and performing. He put together a band, Tim Grimm and The True Hearts, and released 2 cd’s–True Heart, Kind Mind and Broken Down Palace. At which point, “Hollywood called”, and Tim put down his guitar and pen, and didn’t really pick them up for close to 10 years.

After several years (1990s) working in Los Angeles (where he co-starred for 2 seasons on the NBC drama Reasonable Doubts, worked on Clear and Present Danger with Harrison Ford, and appeared in several films and tv projects), Tim returned home to Indiana.  He grew up in the woods and small town settings of southern Indiana, son of schoolteachers and grandson of farmers, and his return home (to Indiana) was a conscious choice to live a life of significance rather than one of “success’. Many of Tim’s songs are full of the rural rumblings that have shaped his life—rich with descriptive details, and sung with warmth and intimacy— But there are also songs, especially on his more recent albums, in which he expresses his concerns about certain parts of Modern America.

Since moving back to Indiana and restarting his musical career Tim has released a series of critically acclaimed albums, tours almost continually (since 2012 that includes an extensive annual tour in Europe) and still finds time to act in the theatre and to compose music for special projects & events.

END_OF_DOCUMENT_TOKEN_TO_BE_REPLACED 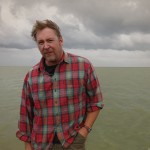 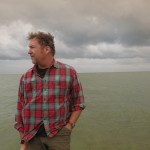 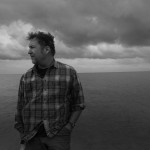 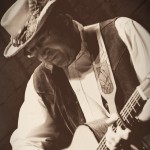