In his genre is Julian Sas one the best blues-rock artist ever to come from the low-lands and as a guitarist he belongs to the absolute top of Europe.

Winner BESTE BLUES MUSICIAN 2016 (according to readers of Blues Magazine)

…This guy could be Europe’s answer to Mr. Bonamassa on this form….(Blues Matters – UK)

ELECTRACOUSTIC, an unusual title for an unusual album. It is the 11th studio album of guitar-ace Julian Sas. Like Stand Your Ground, its successful predecessor, Electracoustic is produced by Julian Sas and long-time manager Ed Bos. The album was recorded at The Van Studios in Spakenburg, The Netherlands in the autumn of 2021.

The record is the result of a journey for which the description ‘emotional rollercoaster’ is an understatement. Playing live, playing long shows, being on the road. That is the lifeline of the Julian Sas Band. The pandemic hit. In a flash that lifeline was cut. Gigs were cancelled, re-scheduled and cancelled again. It was unreal.

But playing music is for Julian Sas and his comrades like breathing.

Consequently they found ways of playing together again. They missed making music too much but above all they missed the brotherhood, the friendship, the jamming together. Playing music seemed to pull them through these hard times. Ideas started to flow. Riffs became jams that became songs. Despite the strange time, despite having no audience, the brothers in arms had found the way up again.

But then disaster struck. And it hit very hard. Friend and fellow musician Fotis Anagnostou was diagnosed with a terrible disease. The band was devasted but the way they were able to cope, proved that being a brotherhood was no hollow phrase.  Sadness, shared happiness and shed tears. Julian, Roland and Lars were there for Fotis. In the hospital and at his final departure back home to Athens where he would spend his final days with family and friends.

Julian: When we saw him depart on his final journey I felt our feelings could not be expressed in words.  Several months later when I was listening to some of the demos I realized we could. The music was there. It was good, honest, and waiting for us. It was the right time to pick up the pieces and share the music.

We always loved the acoustic demos from my home studio and decided to record the 12 new songs in two different ways: electric and acoustic. If I look back on how this record came together, all I can say is that it was a strange journey. It was friendship, respect, and the love of music that united us more than ever.

Julian Sas: All Guitars and Vocals. 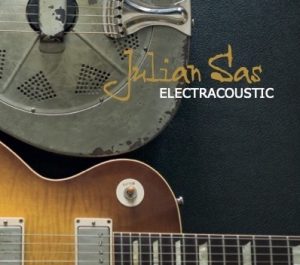 Special thanks to Barend Courbois: Bass

Recorded at The Van Studio, Spakenburg, The Netherlands

You can order all Julian Sas LP’s CD’s and DVD’s  from our online shop. (prices are excl. shipping costs)

END_OF_DOCUMENT_TOKEN_TO_BE_REPLACED 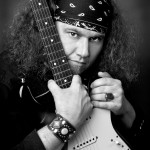 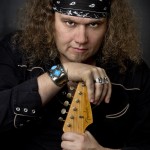 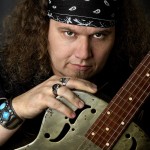 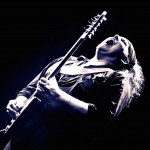 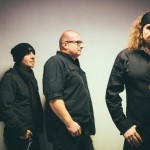 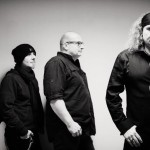